Ahoy, Mateys! Congratulations, you’ve just found BurkeBlack, one of the most unique and creative streamers on Twitch. Best known for his pirate theming, Burke has been bringing his brand of hilarious commentary and high production values to audiences all across the Seven Seas since 2013.

Burke prides himself in his ability to track down new, exciting games to immerse himself and his audience in, no matter the genre. Whether he’s sinking his teeth into a strategy game, exploring the latest horror title, or plunging into the world of virtual reality, you can count on Burke to bring his sense of humor and charm to the stream.

Burke diligently maintains a sense of camaraderie with his community, welcoming every new crewman aboard The Dirty Skull. Burke is also a member of The Late Shift stream team, a group of highly entertaining broadcasters that bring their shining personalities and gaming antics to a wider audience. 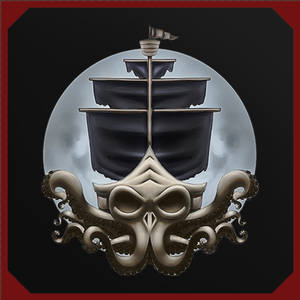